Most of us remember that day, when the news broke out, that we, with the largest economy on earth, were broke. A merciless recession striking us down from all the most important aspects of an economy: jobs, mortgage, and healthcare. It all was then accompanied by an imminent stock market crash. In less than a decade, we went from feeling safe, socially and economically, to feeling terrorized by the accounts of 9/11, and now then, the financial crisis.

However, in the late 2000s, it was not only the United States that suffered from the financial crisis but the global economy, which experienced one of the worst financial crises since the 1930s and the Great Depression. As of mid-March 2009, the Dow Jones Industrial Average (DJIA) had fallen in the value of 53.8% in less than 11⁄2 years’ time, larger than the decline during the market crash of 1937–1938, when it fell 49%. Home foreclosures reached record highs in late 2008 and continued to rise through 2009, with 1 in 45 households. The investment banking industry saw the failure or acquisition of all but two of its major firms (Goldman Sachs and Morgan Stanley) and these two firms converted to commercial bank holding companies. AIG, one of the largest insurance companies in the United States, survived only because of a federal government bailout, according to the article, “The Failure of Financial Institutions’ Specialness.”

Consequently, giant American corporations and industries asked the U.S government to save them from a foreseeable bankruptcy which would’ve only worsened the already detrimental financial crisis of the 2000s. According to the article stated, “Commercial banking giant Citigroup required a massive government guarantee against losses and an injection of cash to prevent failure. The three major U.S. automakers faced imminent danger of bankruptcy without a federal bailout, and even with the bailout, Chrysler and General Motors declared Chapter 11 bankruptcy in May and June 2009, respectively. As of October 2009, the U.S. unemployment rate was over 10 percent, the highest level since 1983.”

As usual, when the crisis hit, most of us started to play the “who-to-blame” card. We wanted to know who was primarily responsible for such a distressing financial crisis. Was it the Bush administration? Was it Wall St? And when we finally obtained answers through investigative newspapers and daily news’ broadcasts, the answers were longer and sadder than most might’ve anticipated them.  Investment banks and securities firms were major purchasers of mortgages and mortgage-backed securities in the early 2000s, which allowed them to increase their business by packaging the loans as securities. As mortgage defaults increased in the mid-2000s, investment banks were particularly hit badly, with huge losses on the mortgages and the securities backing them, according to The Failure of Financial Institutions’ Specialnessreported. Thus, the banking institutions’ unethical actions played a big role in this crisis.  As a consequence, some financial institutions failed. For instance, the Bear Stearns, which was purchased by J.P Morgan for $236 million, or $2 per share, after it had filed for bankruptcy.

Needless to say, we survived the crisis. Like we did in the 1930s. Through the spring of 2009, the federal government and Congress continued to take actions to combat the stagnant economy. These actions included passage of the Job Creation Through Entrepreneurship Act (in May 2009) and The Dodd-Frank Wall Street Reform and Consumer Protection Act (commonly referred to as Dodd-Frank), as well as other significant acts which have become the pillar of the financial circulation in the US – to avoid another similar or worse future recession.

Today, dozens of scholars argue over when the next recession will hit. The educated guess that every ten or fifteen years the US economy falls apart, is not perfect. Some may argue that it has already been proven wrong, as it has officially been more than ten years since the 2008 recession. Now, however, we only have to wait and see. As usual, time will be the biggest and wisest scholar of us all. It will continue to prove us right, or wrong. 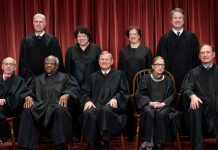 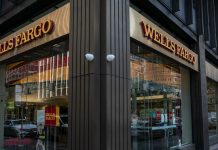 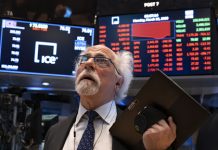 The Stock Market is Blooming Entering 2019