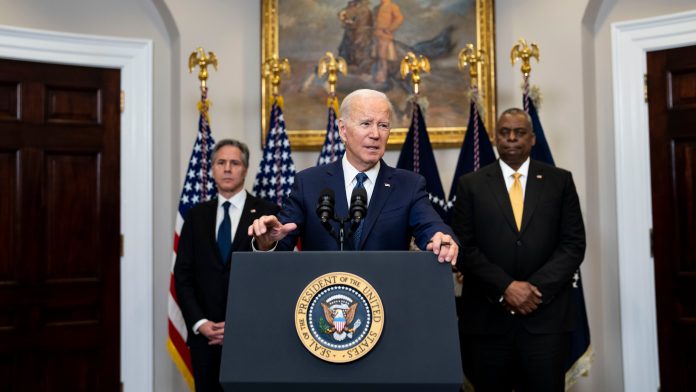 WASHINGTON (The Continent Times) — After weeks of tense back-channel negotiations with the chancellor of Germany and other European leaders, President Biden announced on Wednesday that he would send M1 Abrams tanks to Ukraine. These leaders insisted that the only way to unlock a flow of heavy European arms was for the United States to send tanks of its own. The announcement came the same day that President Biden said he would send tanks to Ukraine.

Despite the fact that he was reluctant to make the decision, he has gone ahead and done so, and this opens the door for numerous European nations to supply the Ukraine with Leopard 2 tanks manufactured in Germany within the next two or three months. It is currently unknown whether this will make a significant difference in the spring offensive that President Volodymyr Zelensky is currently planning to take back territory seized by Russia; however, it is the latest in a series of gradual escalations that have inched the United States and its NATO allies closer to direct conflict with Russia.

Haiti crisis: the country continues with no president or senate, it is now an anarchy